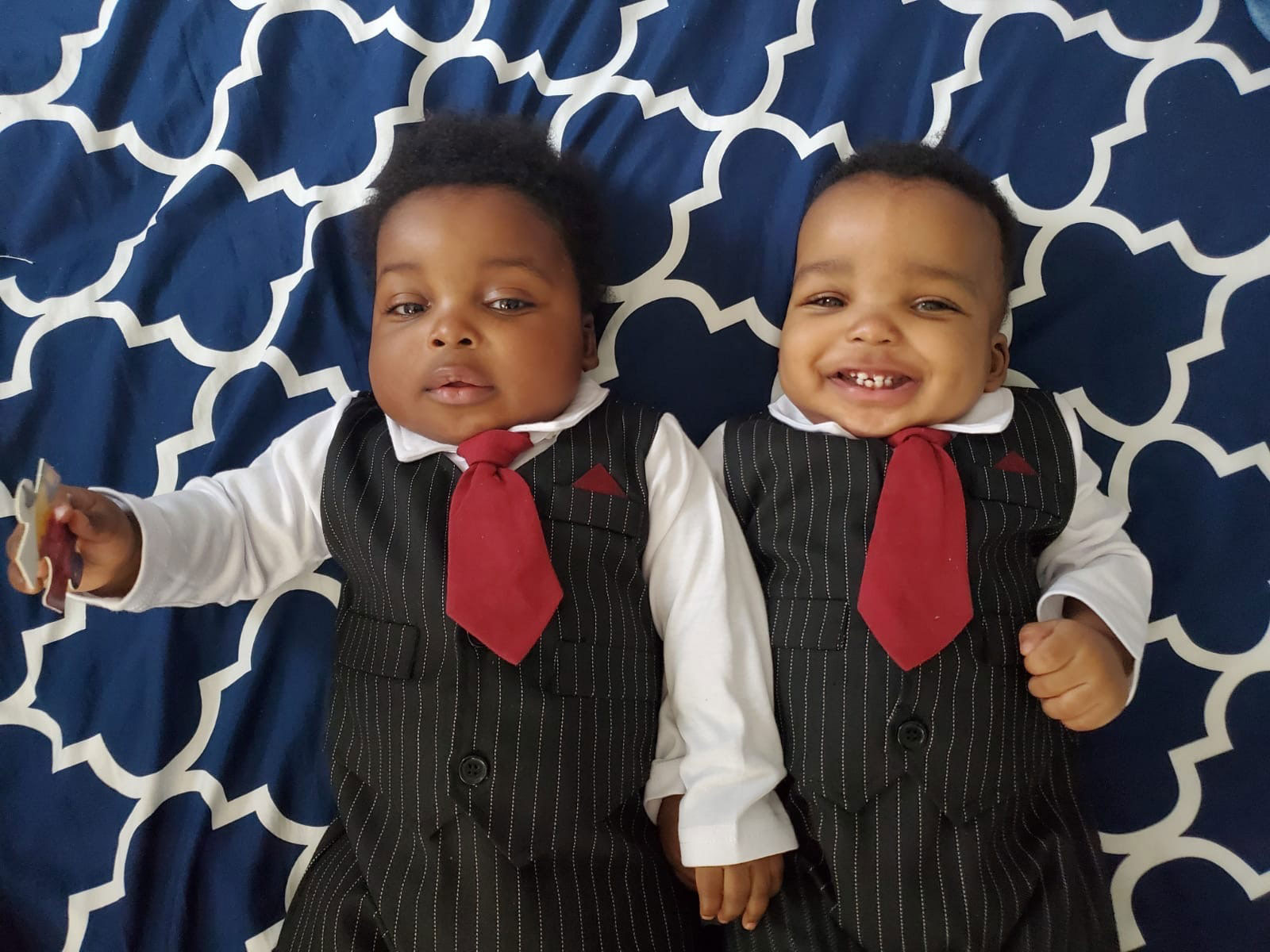 I have always loved kids. Growing up, I was always surrounded by cousins and friends, such that it was never a dull moment. There was always something fun for us to do. Whether we were climbing trees, making toy cars out of paper and bottle tops, or airplanes from leaves, we always had our days full.

We didn’t care. We were happy. It was bliss!

I promised myself that I would give my kids the same experience I had growing. Obviously, it wouldn’t be exactly the same, but I wanted them to have the same joy I had growing up in a ‘crowd.’

Fast forward to today, years after I had my last sand bath and leave the airplane. I’m married to a beautiful wife, and we have four kids together: two girls and twin boys.

These little boys, William and Logan, are the reason for this blog. I have always been fascinated with the concept of twins, identical or fraternal. I mean, how can two little humans fit in their mom’s tummy, be born on the same day, but end up being so different from each other?

I know biology has a lot to do with this, but that doesn’t quench my curiosity with multiple kids. You can imagine my excitement when I learned we would be having twins of our own. 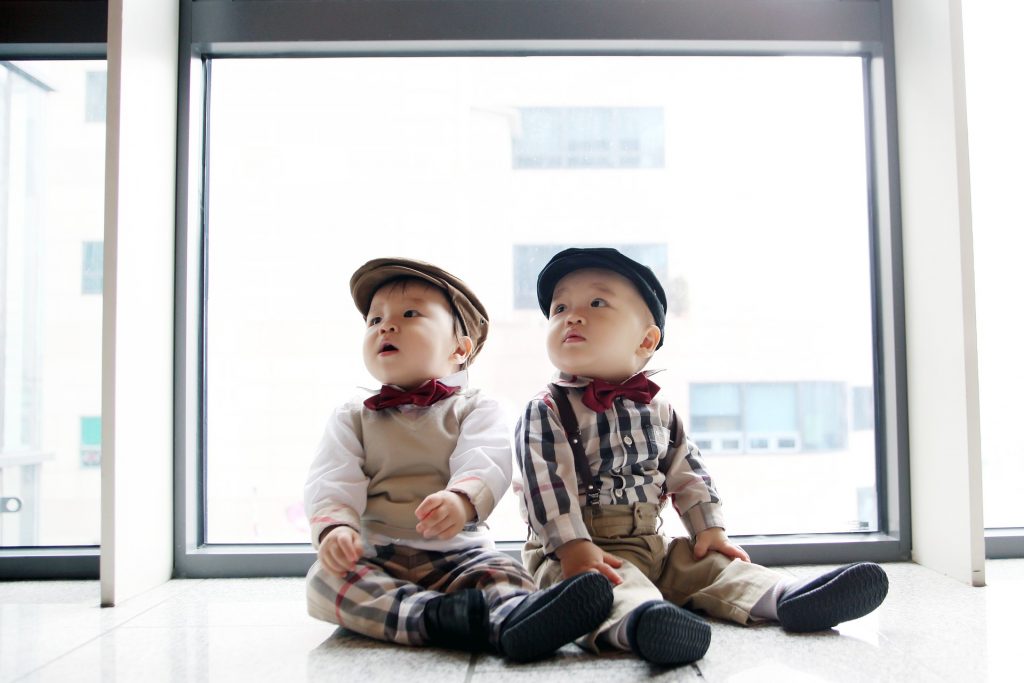 It was a typical day for my wife and me, you know, a regular visit to the doctor to make sure our little one was doing fine. After taking her blood pressure, weight, and a few other basic tests, the doctor cleared us for the ultrasound.

Again, nothing unusual about this as we expected it. In fact, we were excited because we were finally going to see our baby and be reassured that everything was going well. As usual, the sonographer announced the liquid would be warm, and we were set to go.

Imagine all three pairs of eyes on the screen, a smile on my face and that of my wife as we looked eagerly. Then we heard the ultrasound technician say, “hmmm! It looks like you guys are having twins…”

It was too early to know the sex, but there was no doubt on two tiny human beings growing inside my wife.

I always knew it was a possibility for us, but I honestly didn’t think it would actually happen. Think of it as one of those things you always imagine will happen to other people but never to you. Not that I was scared of raising twins, hardly, but I just didn’t expect it.

A little background, so you know where I am coming from.

Growing up, I used to have a lot of curiosity about two of my cousins who happened to be identical twins. I could never tell them apart, and for whatever reason, they found it amusing to play tricks on me and everyone else. We may laugh about it today, but it wasn’t funny back then.

This is the genesis of my fascination with twins and multiple kids. I always wondered how two people could look so alike but still be so different, yet we couldn’t tell them apart no matter how hard we tried.

On the other hand, my wife grew up with twin brothers, fraternal, who, unlike my cousins, have nothing in common.

So here we were, hearing that we would be getting twins of our own. I was excited. It’s like the same curiosity I had about my twin cousins came back.

“Are they identical?” was the first question I asked.

Secretly I hoped they were, so they can have the same joy my cousins had when playing tricks on us. I also thought it would be funny when my wife and I were the only people who could tell them apart. Hah! The pranks we would pull.

“There are two sacks, so it’s likely they are fraternal,” the doctor said. But it was too early to say for sure. Regardless, I couldn’t wait to meet them. We later learned that one of the twins had six fingers, but the doctor assured us that that’s a normal occurrence, so we shouldn’t worry about it.

Lockdowns were introduced as my wife was starting her third trimester. Like any soon to be parents, we weren’t sure how things would turn out. Obviously, hospitals were more strict with their delivery rooms, with most only allowing the medical team in the labor room. Visitors were obviously out of the question. Some didn’t allow the fathers, but I was lucky enough to be there when my boys were born on March 30th. Isn’t it funny how their birth date (03/30/2020) seems to say that they are twins?

They only spent a few days in the hospital to cut the sixth finger and circumcise the boys. Because of how rampant COVID-19 was becoming, the doctors could not risk them staying in the hospital for long.

Right from the start, William and Logan were completely different. Logan was born a little heavier than his brother by around half a pound and has been heavier ever since. He is also lighter than William.

Logan was calm, didn’t need much attention unless something was wrong, and seemed to be generally happy. In fact, as long as he could suck his little thumb, he was fine, a habit he has kept to date.

William, although he is the older one, seems to need us every other minute. You hardly get a second to rest before he calls out for help. Logan couldn’t be bothered with his brother’s crying. Feed him, change him, and make sure he is comfortable and you are good to go.

Despite being so different, the boys love spending time together, and you are likely to catch them having their baby conversations as they play. Nothing fancy, though. They just coo at each other, but they seem to enjoy the ‘conversations.’ They hardly fight over toys, but when it happens, Logan lets William have his way easily. 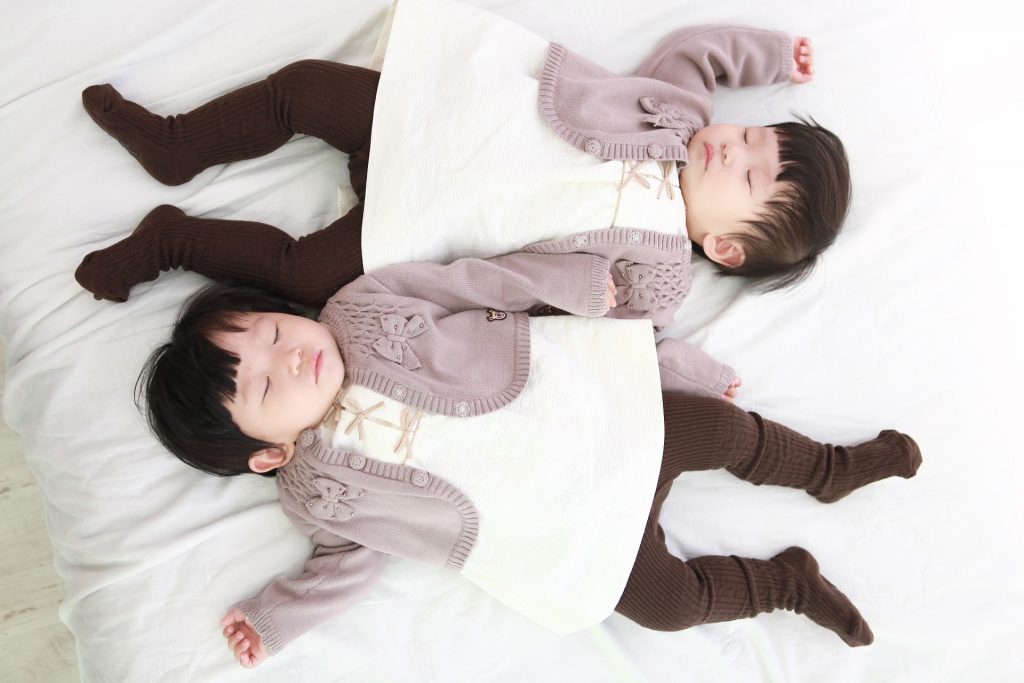 The curious Bill and the gentle Bull

Recently, the boys’ personalities have started to show. William is extremely curious. He is always on the move looking at different items and trying to figure things out for himself. He doesn’t sit still for long. How can he when there is so much to discover! He would rather be out there exploring.

Because of this, his mom nicknamed him “Lookey,” and I called him “Curious Bill.”

While his brother is out exploring, Logan will be somewhere chilled and relaxed, enjoying his life. With this thumb in the mouth, he will go for hours without being bothered by what’s happening around him. He will throw a quick glance at things from time to time, but he will mostly be immersed in his little world, minding his own business.

Because he is more robust than William, Logan reminds me of Ferdinand the Bull. Like Ferdinand, his physical appearance doesn’t seem to rhyme with his personality. He looks imposing, almost threatening until he sits to smell the flowers, or sees a silly expression on your face, in Logan’s case, and you are thrown off balance: the boy has a quick smile and always ready to play.

Sometimes, I think he resembles a bulldog. You know, fierce in appearance, but in reality, he’s a big marshmallow when you get to know him.

This is where curiousbillgentlebull.com came from.

Curious Bill doesn’t smile as liberally as his brother, but when you engage him in an activity or when he wants your attention, he displays the largest smile you have ever seen. All it takes to get a smile from gentle Bull is calling him. He will gladly smile back and even give cuddles if you want.

My curiosity with twins may have started a long time ago. But now that I’m a dad, I know there is more to raising twins than using the opportunity to prank others. Twins are more or less like other kids, they will need the same love and care little ones need to grow healthy and strong.

But, even after exposing them to the same condition, they may be as different as night and day. This includes identical twins. The challenges you face when rearing kids will come in double portions as each twin tries to discover who they are.

It’s only been a short nine months with the boys, but the adventures and lessons we have learned along the way have made an enormous impact on our lives. At first, this blog will focus on the twins, but I don’t want to sideline my girls either, so we will bring them in a little later and look at how they adjusted to having twin brothers, and the set of challenges that come with raising girls.

As we continue to discover what the road holds ahead for us, I hope to share this journey with you and show you some of the tricks, tips, and lessons learned along the way, not just about parenting twins, but all the crazy that surrounds parenting.