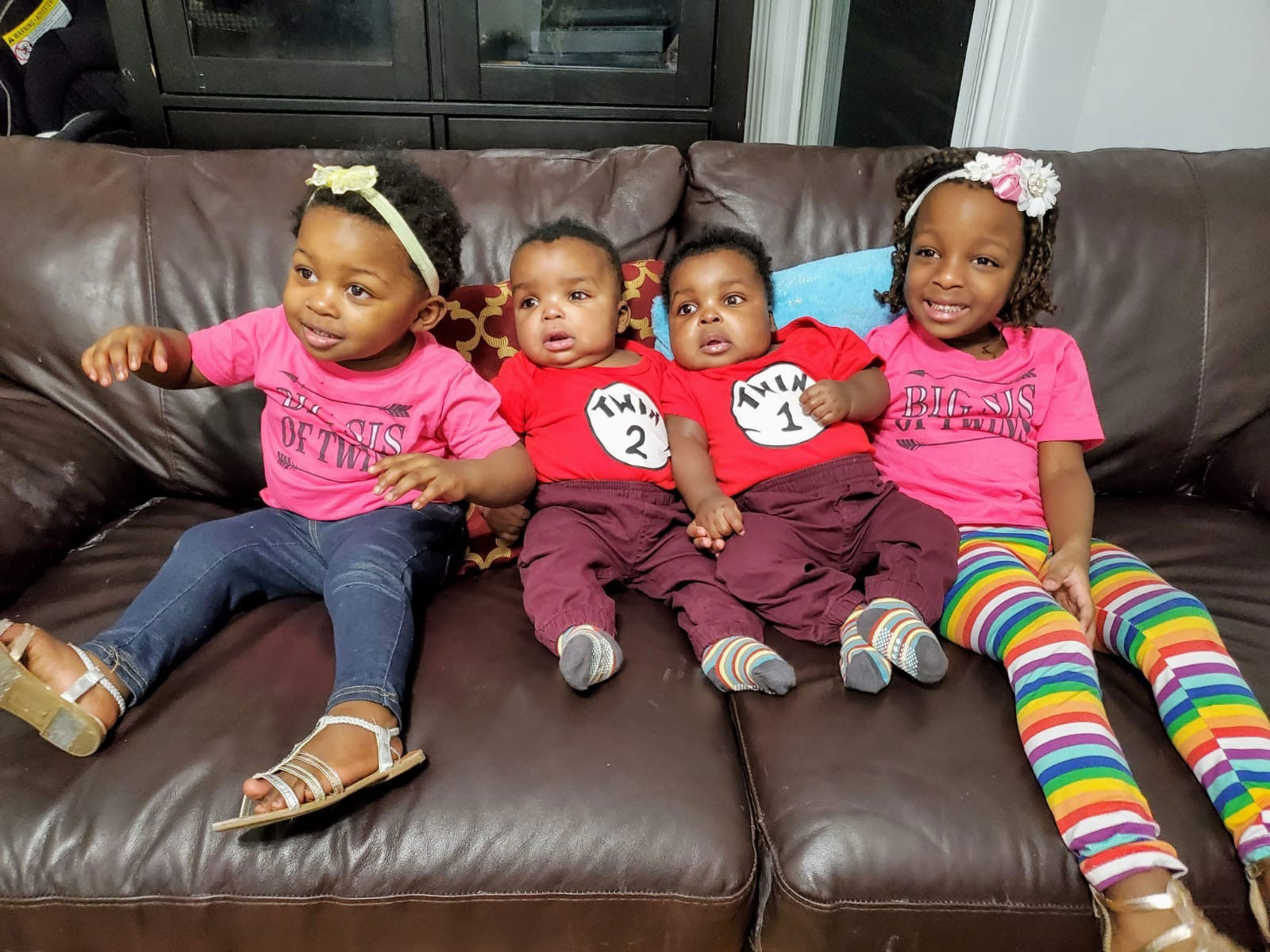 Whenever I mention that I have twins, people automatically think they are identical. They rarely think of fraternal twins. I wouldn’t blame them either because that was the first question I asked the sonographer when he happily announced, ” It looks like you guys are having twins.” My bubble burst when he added that there were two sacs, so we were likely having fraternal twins. It was still exciting news, but I was secretly hoping they would be identical so they would play tricks on us like my Godfather’s twin boys, who really enjoy pranking people.

I didn’t have a lot of information about fraternal twins.  So, this marked my journey of discovery into how different they are from identical twins. I will share some interesting fraternal twin facts here that  I came across and are experiencing from raising curious Bill and gentle Bull that you should know.

To make the process a little easier, I will use commonly asked questions about fraternal twins. This way, you know exactly what is true and what should be stashed into a dustbin. Let’s learn more about this type of twins.

What Are Fraternal Twins? 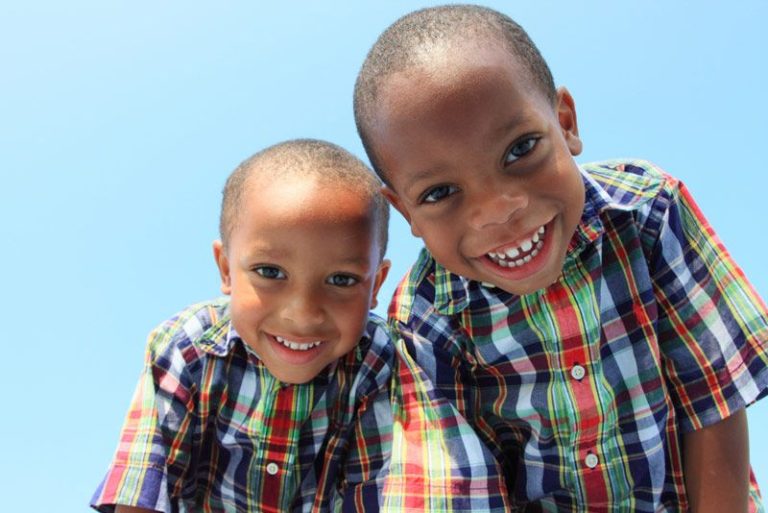 Fraternal twins are also known as non-identical or dizygotic twins. The word “Dizygotic” stems from two words, “Di,” which means two, and “zygotic,” from the term zygote. A zygote refers to an egg fertilized by sperm. Dizygotic twins are thus a result of two separate eggs fertilized by two separate sperm. Each baby develops in its placenta and, in most cases, a separate amniotic sac.

Additionally, unlike monozygotic twins or identical twins who share 100% of each other genes, fraternal twins only share about 50% of the same genes and DNA. This is similar to the genetic makeup of siblings born at different times.

Are Fraternal Twins Always A Boy And A Girl?

Contrary to what most people believe, fraternal twins could belong to the same sex as our boys – William and Logan, or they could be mixed-gender twins like my older sister’s twins.

Biologically, chromosomes from the father’s sperms determine the sex of the baby, and in the case of fraternal twins, they originate from two separate sperms so that the sex could be boy-boy, boy-girl, or girl-girl.

According to statistics, however, boy-girl twins are the most common fraternal twins occurring 50 percent of the time. 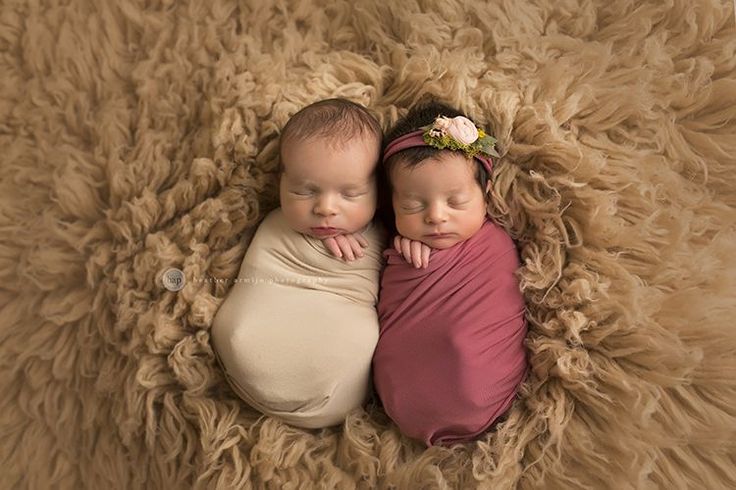 Can Fraternal Twins Be Identical?

Fraternal twins can resemble each other just as much as any two siblings would. They are not as identical as monozygotic twins since they do not share the same genes or chromosomes.  However, in rare circumstances, you may find dizygotic twins, especially of the same gender, with a very striking resemblance.

Right from their birth, William and Logan have been best buddies. They love spending time together. You will find them having their baby conversations as they play. Though at the stage they are now, they just coo at each other (which is so heartwarming), you can tell they enjoy each other’s company. They also rarely fight over toys. In most cases, Logan will let his twin brother William have his way easily when they both want to play with a similar toy.

Experts believe that twins tend to have a special bond, whether they are identical or non-identical. This is explained by the time they spend in the womb together, which creates a space where a special connection is formed. In most instances, twins have this special bond from the get-go, while others may not experience this instant closeness. Children are different, so don’t worry when your multiples don’t develop the same close bond.

This is a fraternal twin fact that really blew my mind away. Conception for fraternal twins can happen in two ways: a woman releases more than one egg during her cycle, fertilized by different sperms, or experiences another cycle and releases another egg while she is already pregnant. The latter can occur up to 24 days after the first egg release. This means that, surprisingly, you are likely to conceive twins weeks apart. Delivery, on the other hand, may vary. The twins may or may not be born on the same day. They can be born weeks apart but within the same time frame.

Identical twins, like my cousins, have similar appearances and traits. Growing up, I could not tell my cousins apart. It didn’t help that they dressed alike, making it easy to play pranks on all of us, which was not funny then, although we laughed about it to date. It was fascinating how two people could look so similar yet be so different. Growing up, I watched Mary-Kate and Ashley Olsen, the celebrity twins, and be awed by their distinct traits. This mystery is what fueled my curiosity about twins.

Fraternal twins may have similar traits and appearances, but that is rare. Most fraternal twins will have different hair colors, eye colors, personality traits, body shapes, or even sizes. In our case, Logan and William are so different. Since they were born, Logan has been a bit heavier than William. He is calm and prefers minding his business with his thumb stuck in his mouth, a habit he has kept since he was a baby. He is generally a happy kid and does not need much attention, not unless something is wrong.

William, on the other hand, despite being the older one, is the more fussy one. He seems to require a lot of attention from us every minute. I rarely have a minute to catch a breath.

Lately, their personalities have begun to emerge, and I have noticed how different they both are. William is curious. He is always on the move looking for different items or trying to figure out things for himself. You will rarely find him sitting at one place for long. His is a journey of constant discovery.   Hence the name Curious Bill.

Logan is more chilled and relaxed. He couldn’t be bothered by his brother’s fussing. He would rather sit at one place sucking his thumb while in his own little world than explore. He is content just by watching the environment around him play out before him. Yet, when you engage him, he is ready to play. He also has a quick smile which he is always ready to reciprocate to show his excitement. William will not smile as liberally as his brother. Logan is more robust than William. He looks more imposing and reminds me of Ferdinand The Bull. Yet, his physique doesn’t match his mushy personality. He is a big marshmallow when you get to know him. That’s how he got his name Gentle Bull.

As stated earlier, fraternal twins occur when two sperms fertilize two separate eggs. A woman is likely to have twins with different fathers.  If the woman releases an egg during a cycle while she is already pregnant, a condition known as superfetation, it is possible for sperm from a different man to fertilize it, and the embryo will develop in a separate amniotic sac and placenta.

The condition that causes a woman to release more than one egg in one cycle is known as hyperovulation.

Every parent knows the importance of establishing routines with babies early in their infancy. It gives the babies a sense of security, and they can anticipate what comes next in their day-to-day activities. It also gives the parents time to rest and refuel. With fraternal twins, routines, especially sleep routines, don’t come naturally. Since fraternal twins share only about 50 percent of their genetic makeup, chances are they are less likely to have the same sleep or feeding routines. However, thanks to the myriad of sleep consultants and apps available in the market today, you can help your twins sync their sleep and feeding routines so you can have some time to recharge.

Non-Identical Twins Can Run In The Family

If there are fraternal twins in your family, there is a higher likelihood of having multiple births in your family genealogy. Scientists believe that the susceptibility of women to release more than one egg may be genetically inherited. Experts argue that once a woman has birthed fraternal twins, she is three times more likely to conceive another set.

Dizygotic Twins Can Occur Due To Fertility Treatments

Multiple births have increased in recent years because more couples turn to fertility treatments like IVF to help them conceive. Some treatments are said to increase the likelihood of conceiving multiples. Birth control pills have also been linked to the prevalence of multiple births as they cause hyperovulation in women.

Experts also argue that other factors such as the age of a woman (over 30), height, and high BMI can influence multiple births.

Interestingly, the highest fraternal twinning rates are found in Central African populations. Nigeria, for instance, ranks as the country with the highest twinning rate worldwide. Research indicates that for every 1000 live births, there are 45-50 sets of twins born in Nigeria. Conversely, Asia and Latin America recorded the lowest twin births.

Twins Are Not Delivered Simultaneously

Some people tend to think that twins come out at the same time during delivery. This is not the case. These are two different babies with different supporting structures. It would be impossible for a woman to have them at once. Experts state that the average time between each birth is 17 minutes.

Having fraternal twins is the same as having kids born in different years. They only share 50 % DNA making them as similar or different as siblings born separately. Curious Bill and Gentle Bull are as different as day and night. I have, however, noticed that their bond is unique, unlike their sisters, who are not twins. Twins are rare, and I count ourselves lucky to have Will and Logan in our lives despite the hectic schedules and double-duty that make up my day. I love watching them grow while recording every milestone and different personality trait that sets them apart as they develop.

Health benefits of being a father

What Are The Three Types Of Twins

July 12, 2022
0 0 vote
Article Rating
Subscribe
Login
0 Comments
Inline Feedbacks
View all comments
We use cookies on our website to give you the most relevant experience by remembering your preferences and repeat visits. By clicking “Accept”, you consent to the use of ALL the cookies.
Cookie settingsACCEPT
Manage consent